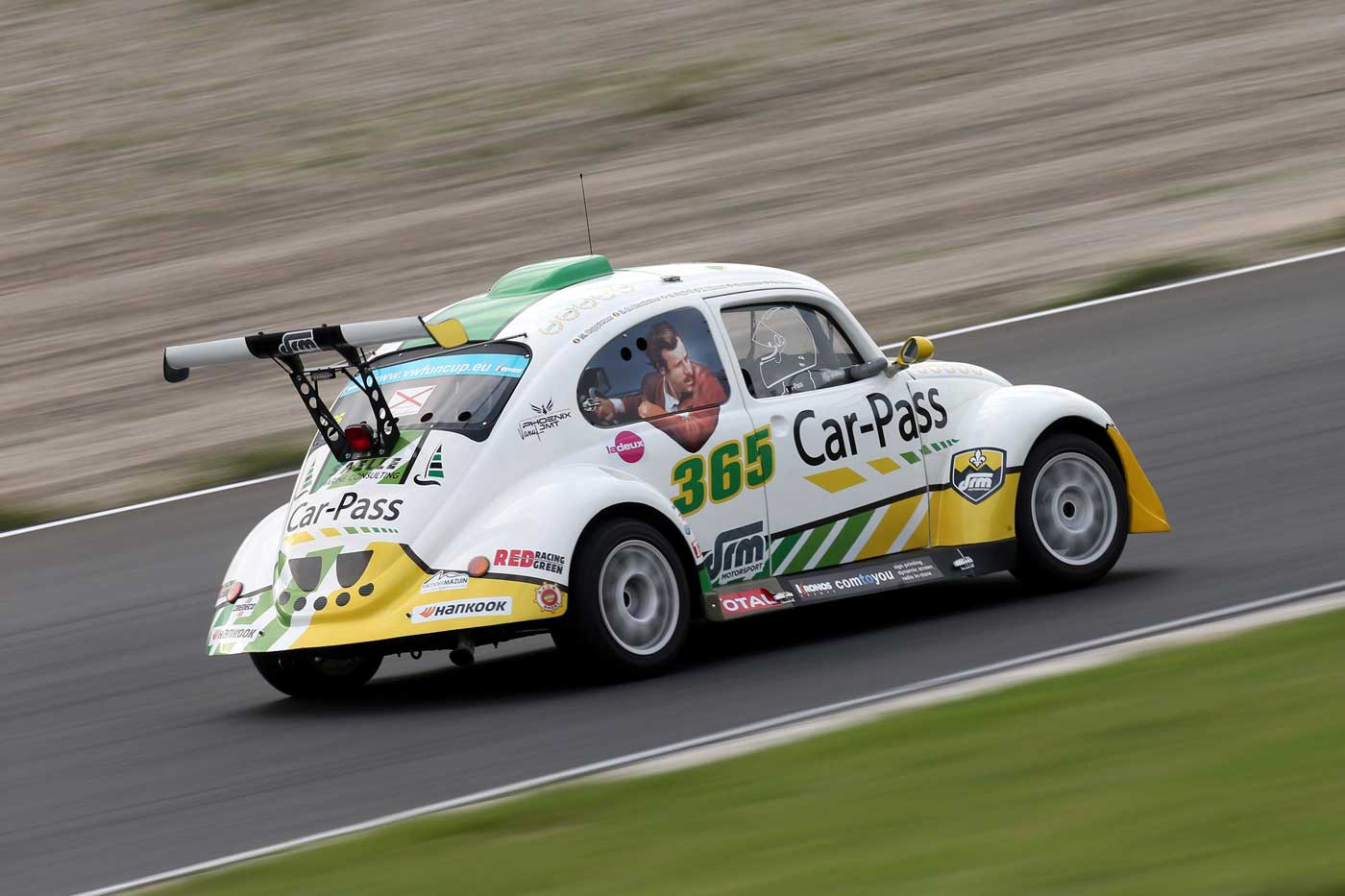 The VW Fun Cup is one of the most fun races of the year and we’re very glad to be a part of it.

The Car-Pass car participates in the VW Fun Cup’s Twin category. What’s special about this competition is the fact that passengers can also participate. Do you want to be our co-pilot at the following race? Enter our contest and win your seat.

Our race car: the Be Cox "Twin"

The Be Cox came into the world in 1997, thanks to 3 car enthusiasts: Pascal Witmeur, Frans Dubois and JG Mal Voy.

Nearly 370 cars were built and the Be Cox was exported to many European countries: championships were organized in France, Italy and Germany. In Belgium, there are about 1 000 drivers who participate in championship events organized under the auspices of the RACB.

The Belgian sports regulation allows the presence of a co-pilot. It’s a unique chance to discover the car race from the inside of a Be Cox “Twin”. It’s this type of car that Car-Pass enters in the competition’s Belgian championship, in association with the Live Racing Experience team. 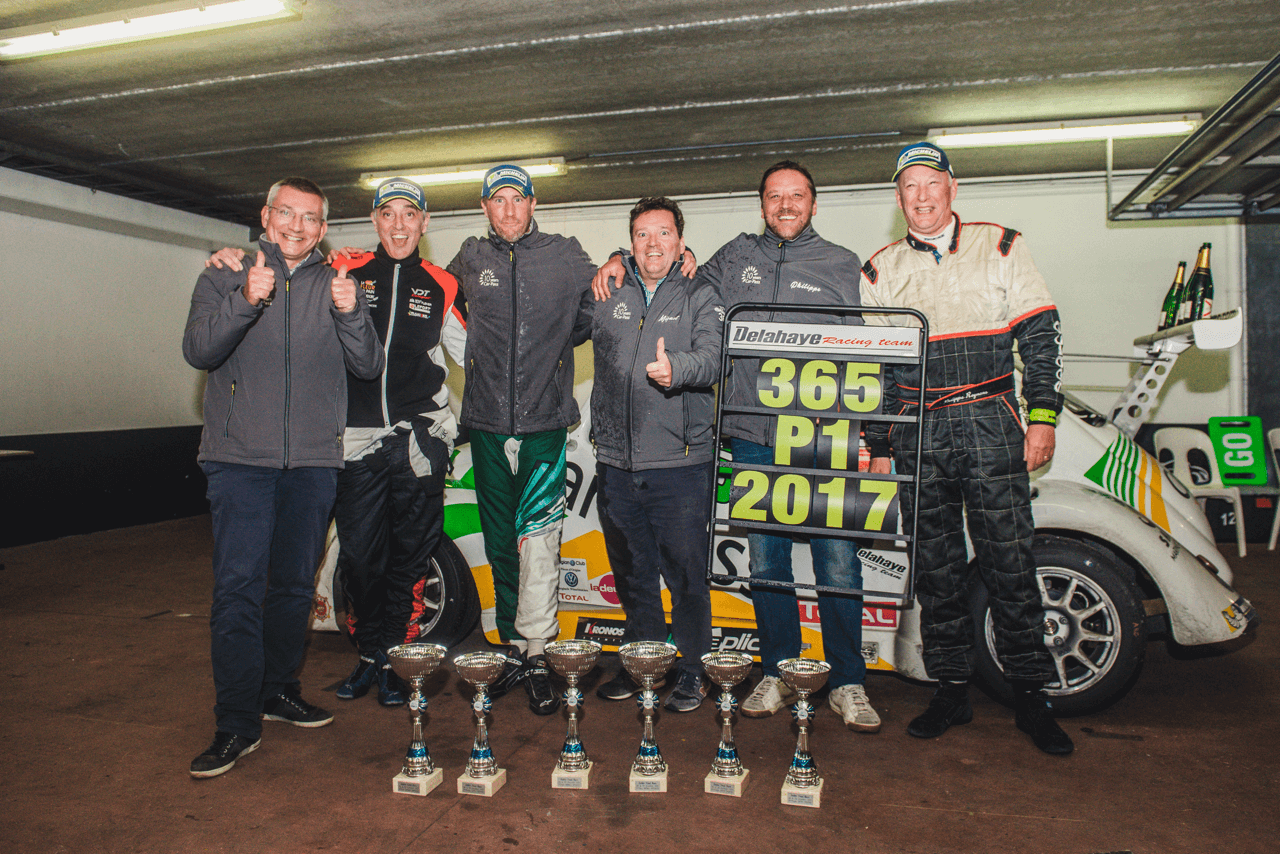 The Be Cox looks like a Beetle but under the polyester bodywork you’ll find a solid tubular chassis. The engine is positioned in the rear central position for an optimal weight distribution. The 2 liters VW develops 175 hp. It is sealed, as are the gearbox and the injection system. Every manipulation is made impossible, the performances are leveled so only the driver makes the difference. The car is not equipped with power brakes, but uses ventilated disc brakes. The Mc Pherson type suspension is adjustable and all cars are equipped with Uniroyal Rainsport tyres. The total weight of the Be Cox is only 750 kg. On fast tracks, the Be Cox can go up to 200 km/h. 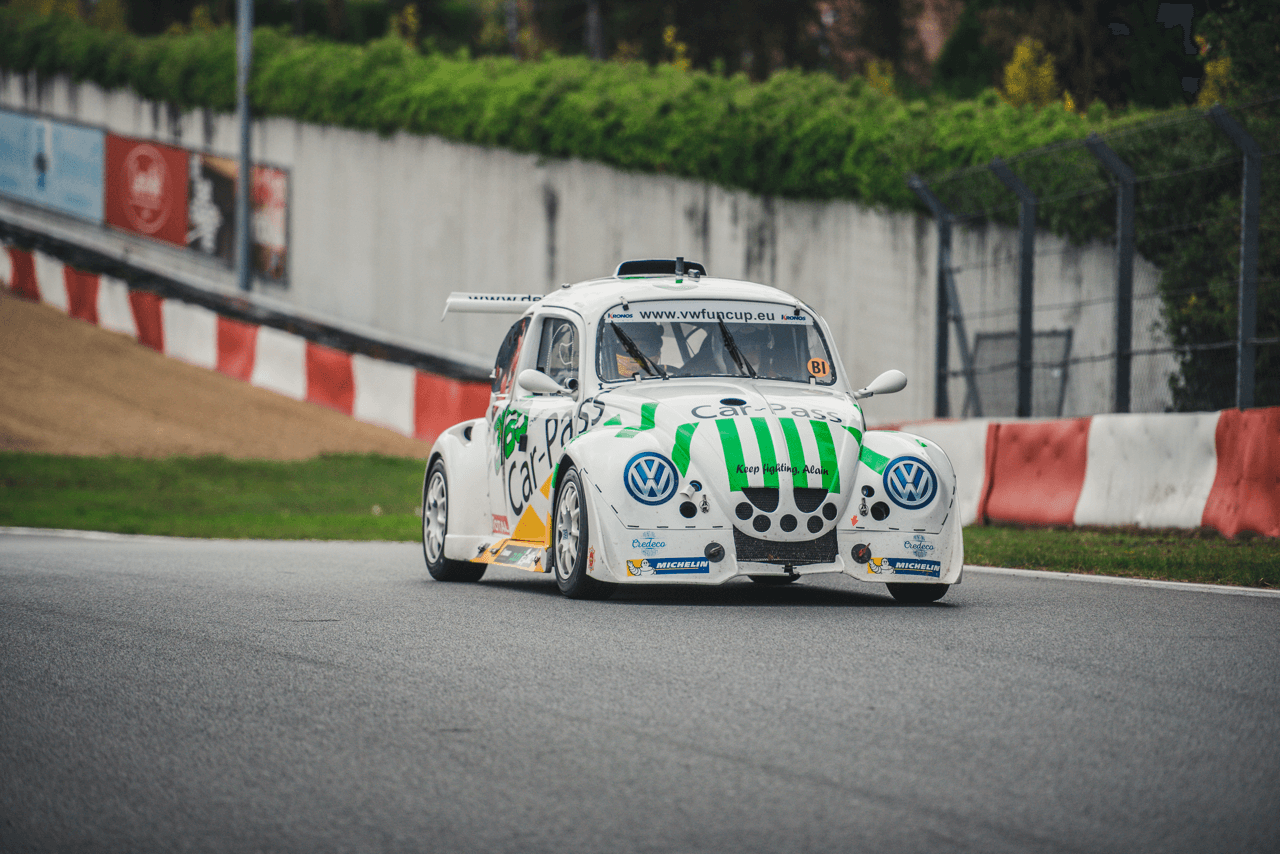 The 365 is heading towards the title on the circuit of Zolder.